Baseball season is in full swing! 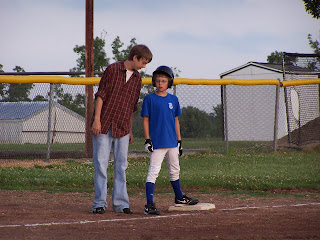 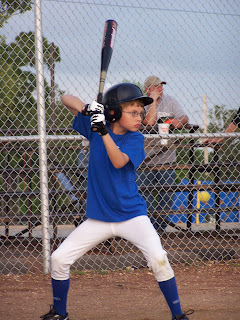 Last night was the first chance I had gotten of taking some pictures of Matt playing ball. It was the only double header of the season for our team. Matt did a great job (as usual!) in the field and with the bat. He is doing a great job at hitting this year. Some of the pitchers can throw really hard and fast. He may have even scored every time he was on base last night. We wound up winning both games and the last game we shut the other team out. Kenny was doing a fantastic job pitching and I think Scott said he only allowed two hits. Pretty good stuff! Baseball season is so much fun!
Posted by Lori at 10:20 AM