Fun on the 4th

This summer seems to be flying by! We're already into July and it always seems like after the 4th time really goes by fast! I noticed when I went to Wal-Mart today that the school supplies were front and center. I really don't know if I'm ready for that! 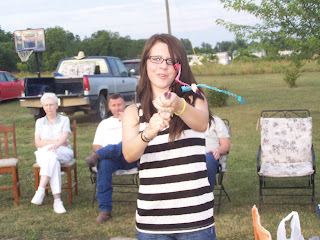 We had all the family out to our house for the 4th of July this year. Everybody was able to make it, so the night was filled with family, food, fireworks, and fun! We had bar-b-qued burgers (thanks to the Noyes'), hot dogs, chips, homemade ice cream (thanks to the Paulsen's), and the best homemade cookies (thanks to Abby and Aunt Kay)! I do believe that Aunt Kay makes the best chocolate chip cookies on the planet! 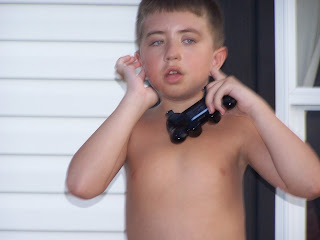 Shane usually loves the 4th and this year was no exception. Things were a little crazy for him with having everyone over and he chose to stay inside and watch the fireworks from the window. He did come out a time or two, but I think the reason he stayed in the house was so he could eat Aunt Kay's cookies. Everytime I checked on him he had a cookie in each hand! 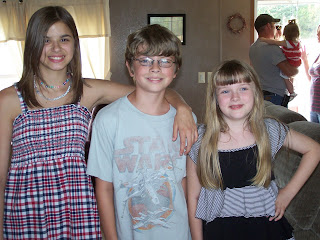 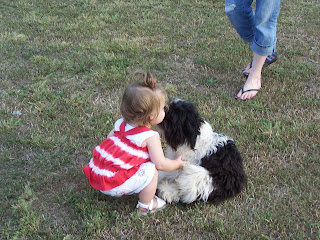 A lot of the kids - and some of the adults- played wiffle ball - turns out Kelsey is quite the hitter. They all had fun hitting the ball and running the bases. 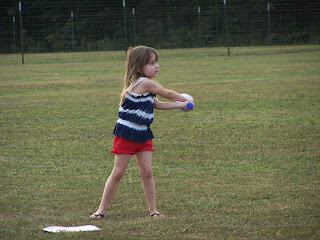 Bailey really liked the sparklers. The only problem was she wanted the end with the fire on it instead of the right end to hold! We got a kick out of watching her stomp on the poppers. She can flat stomp! The fireworks display was non stop for about a half an hour. Scott, Shawn, Don, and Michael kept things moving on!
It was such a fun night and I hope we get the chance to do it all again next year!
Posted by Lori at 5:59 PM