Hello and Happy Saturday! We've got the first two days of school over with and now the weekends seem a little sweeter again!

Today is the 15th and that means a new sketch is up over on the Feeling Sketchy blog! Our sponsor this time around is Bugaboo Stamps, and I am using one of their digital stamps on my layout today.

First, here is the sketch: 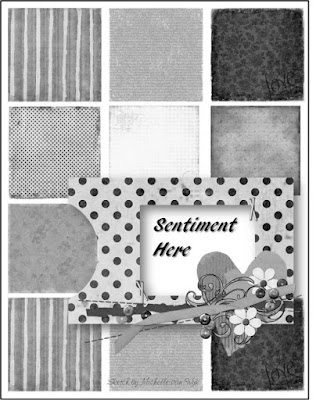 And here is my take on it: 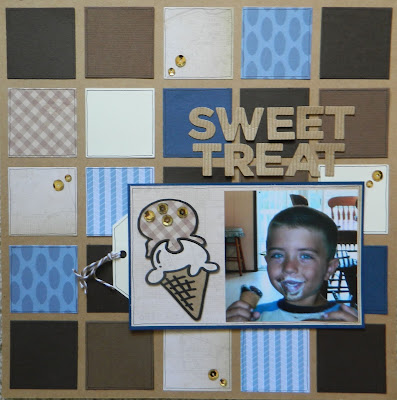 I used the ice cream digital stamp from Bugaboo and paper pieced it together to make my ice cream cone. I did this by printing off the image on a piece of Kraft cardstock for the cone, and two printed papers for the ice cream. It did have a cherry on top, but I really didn't want that, so just left it off. I love that you can use digital images in more ways than just coloring them in!
This is a layout about my youngest son and discovering just how much he loves ice cream - as long as it is in a cone! When you live with a child that is pretty much nonverbal, it's pretty hard sometimes to figure things out. I can't remember now (this photo is 10 years old!) if we offered him a bite or if he came over and wanted it, but it didn't take us long to figure out that he would eat Sundae Nut Cones, if the chocolate and nuts were taken off the top, and he would only eat to the cone and then he was done. 10 years later he still only eats ice cream if it's in a cone, and when he reaches the cone he is done!﻿
﻿

Be sure to head on over to the Feeling Sketchy blog to read more about our sponsor and to see the rest of the design team's creations. You have until the end of the month to play along with this sketch.

Thanks for stopping by and have a great day!
Posted by Lori at 12:00 AM