Hello everyone! I hope that your week is off to a good start! It is back to school, and back to the old routine for us today!

Today is such an exciting day for me! I am the guest designer over at Die Cuttin' Divas today! I was thrilled and quite honored when Georgiana asked me!

Their first challenge of the new year is a sketch challenge and it is a great one! The only other requirement to play along is to have a die cut on your card. 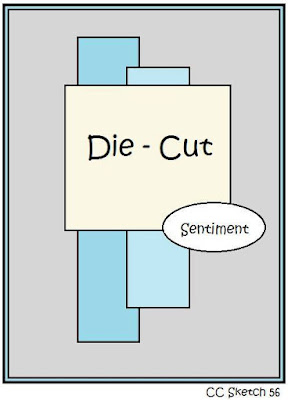 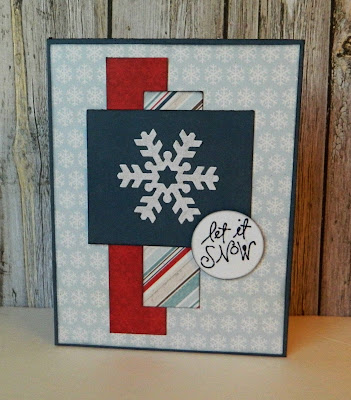 For my card I used more of Echo Parks "I Love Winter" 6x6 paper pad. This may be the fastest that I have ever used up a 6x6 paper pad! I have just a few full sheets and just a few scraps left. If feels really good to be using it up instead of letting it set!

I die cut the snowflake from My Favorite Things "Let It Snowflake" die, and it's impossible to see in the photo, but I brushed the entire snowflake with my Wink Of Stella to add a little sparkle.

The sentiment is from Studio G - and one that I have used a lot already - and I die cut the circle using a Spellbinder circle die.

Thanks so much to Georgiana and the team at Die Cuttin' Divas for having me as their guest designer this week! Be sure to check out their blog and play along!

Thank you so much for stopping by today! I hope you have a great day!
Posted by Lori at 12:00 AM