Hello, everyone! Good Sunday morning to you! I hope you are having a good weekend. It's going by way too fast for my liking!

It's time for a new challenge at The Studio Challenges today. Before I get to the challenge, I did want to let you know that we have a design team call going on now. You can find out all of the details in this post here. It is a great team to be on and we would love to have you join us! 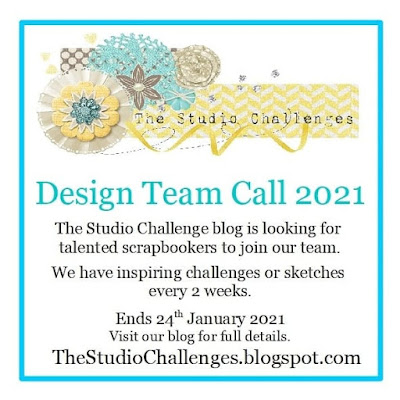 Now on to this week's challenge - we are starting the year off with an easy one for you - Old and New - just use something old on your layout and something new and tell us what it is!
For my layout, for something old I have used a splatter stamp, doilies, a glassine bag, old alphas, and acrylic hearts. For something new I have used the Simple Stories Hip Hop Hooray papers and enamel dots and the heart die cuts are from a new metal die: 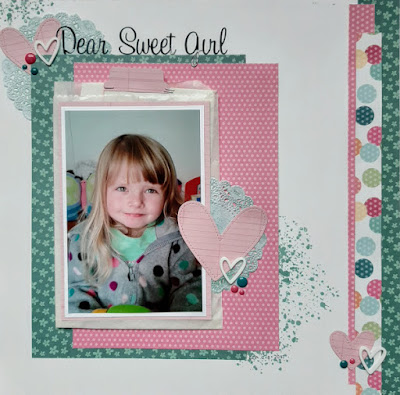 I am so glad that I remembered to pull out that splatter stamp - it's actually Close To My Heart's Ink Flair (D1660) stamp set. I can't remember when it came out exactly, but I have had it since it came out and this is the first time I inked it up. It is such a great way to make the splatters without making a mess - or smearing the splatters before they are dry! I only had white doilies and I knew they would not show up on the white background, so I went old school and inked up a piece of a sponge and covered the white doilies with Juniper ink. I think they turned out perfectly!
I added a glassine bag behind my photo for my journaling. I wrote a letter to Miss Ada about this day and had quite a bit to say, so I folded it up and added it to the bag. Here is a close-up: 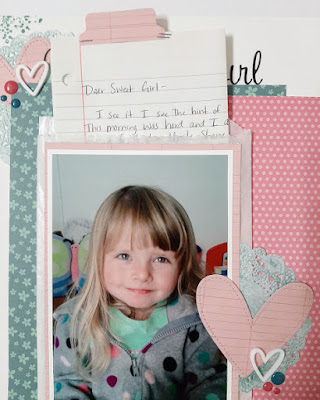 This photo was taken back in 2017. It was one of the hardest times that we have had with Shane. School was hard for him - new teachers that didn't understand him, and didn't want to take the time to understand him or to listen to our ideas of what would help. He was only going to school for 2 hours in the mornings and more often than not I was turning around and picking him up before I had even had a chance to get home because they couldn't handle him. This was one of those mornings. Ada and I had dropped him off at school after I picked her up from Abby and we had just got home and they called, telling me to pick him up. He was very frustrated - as anyone who cannot express what was happening would be. Even after we'd gotten home it took him a while to calm down. I always tried to keep him and Ada separated until he calmed down, but on this day he reached out and hit her on the back as she walked by him. And dear sweet Ada - at her tender age of not quite 4 - knew that if she full out cried that it would only cause him more frustration, so there she sat, tears in her eyes, and it broke my heart. She should not have had to hold in those tears, but she did for her Uncle Shane, and to this day when I see this picture, it still breaks my heart. I just wanted her to know that I saw what she did, how brave she was - and still is. She has had to deal with a lot more than most kids should with having a special needs uncle and she always handles it like a trooper.
Here are a couple of close-ups: 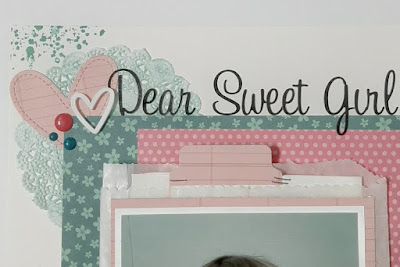 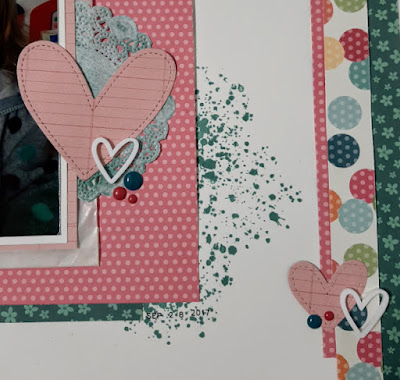 Layouts like this one are always hard for me to make but I think it is important to document the hard days, too. And 30 minutes after all of this took place Shane calmed down, he was in his safe place again, and all was well in the world. Oh, the roller coaster ride of the autism life! Ultimately, 2 months later in November of 2017 we and the school agreed that Shane was done with school and he graduated out early. Here we are, 3 years later, and if anyone mentions the word school he still gets upset.
Be sure to stop by The Studio Challenges blog to see the rest of the design team members take on the old and new challenge. I would love to see what you create, too! Don't forget about the design team call!
Thanks so much for stopping by! I will be back soon with another project to share with you!
Posted by Lori at 2:30 AM